These are a few homes that are located near the Near Northwest Neighborhood.
Photo by Connor De Mill

In the last few decades, some of the nation’s largest cities have experienced change at unprecedented levels at unprecedented rates, and it’s getting more and more difficult to get a grasp of these changes before these transformations become permanent. In The Atlantic’s review of Peter Moskowitz’s new book “How to Kill a City: Gentrification, Inequality, and the Fight for a Neighborhood,” Gillian White makes references to how Detroit, San Francisco, New York and New Orleans have heavily gentrified at the expense of several marginalized communities, and while the review focuses on how larger cities have battled with these changes, we think it’s time we start turning our focus towards America’s smaller urban hubs.

Conrad Damian, who has lived in South Bend’s southeast side for 48 years and has worked alongside the Southeast Organized Area Residents (SOAR) neighborhood development organization, believes that the city is experiencing more change than it realizes.

END_OF_DOCUMENT_TOKEN_TO_BE_REPLACED

With the next FIFA World Cup just a little over a year away, and with Russia hosting the FIFA Confederations Cup this summer, it seems only fair to take a look at some of the most historic sites of the World Cup. Using Google Earth Pro’s ability to create video tours of several sites around the globe, I created a tour highlighting the past 10 FIFA World Cup final sites.

END_OF_DOCUMENT_TOKEN_TO_BE_REPLACED

When most people argue over who the NCAA’s best men’s head coaches are, John Calipari, Mike Krzyzewski, Roy Williams, Rick Pitino, Jim Boeheim and Jay Wright are overwhelmingly mentioned. However, there’s a case to be made for why Notre Dame’s head coach, Mike Brey, should be mentioned with those other high-profile names.

END_OF_DOCUMENT_TOKEN_TO_BE_REPLACED

Every four years, one of the most celebrated competitions on the planet is played. 32 countries around the world are represented in the FIFA World Cup tournament, which champions the world’s best football team. The competition has been around since 1930, and since its inception, whether or not someone is a fan of soccer, it has gathered millions of people around the world to celebrate not only the tournament but their pride for their country. Also since its first official tournament, the FIFA World Cup has had its fair share of interesting historical incidents.

From chasing down a lost trophy to the infamous hand ball by Diego Maradona in the 1986 World Cup, I have created a timeline that incorporates some of the most critical moments in the tournament’s history. Check it out here! 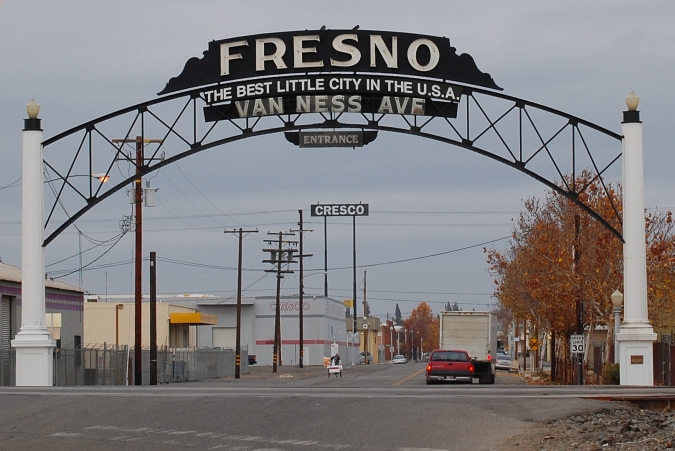 Using data from a study conducted by the Centers for Disease Control, Men’s Health magazine created a list of the 10 American cities where drinking seems to be a legitimate problem. The rankings are based on deaths from liver disease, deaths in DUI crashes, binge drinking, DUI arrests and harsh DUI laws. There’s also a grade attached to each city based on the rankings of each category, but these 10 cities are so bad they all received F’s.

Take a look at the rankings through the lens of a Story Map by clicking here.

Each value from left to right represents the net change over the course of a month beginning with January of 2005 to February of 2015. Click on the image to visit the interactive chart displaying every individual value.

Ever wonder how much it costs to live in the lovely state of Indiana? Luckily, according to Graphiq.com, the largest cities in Indiana, which was ranked the eighth most affordable state in the country, are all relatively very affordable for married couples with one child. Graphiq took data from the Economic Policy Institute, The Council for Community and Economic Research and The Bureau of Labor Statistics to measure up the cost of living in some of the largest cities in Indiana.

END_OF_DOCUMENT_TOKEN_TO_BE_REPLACED

Last season, the Chicago Cubs made a key mid-season trade for pitcher Aroldis Chapman from the New York Yankees. Why Chapman? Well, the Cuban phenom has dominated the MLB with the strength of his left arm since his first stand at the mound in 2010. While most people recognize the elite status that surrounds Chapman’s name, many don’t realize what makes him arguably the game’s best reliever until his stats are put up against the rest of the league’s pitchers. He even has his own filter on MLB.com’s fastest pitches of 2015 and 2016 because he owns the top 50 pitches from both seasons.

END_OF_DOCUMENT_TOKEN_TO_BE_REPLACED

Over the past week, Chicago has been highlighted on several occasions on a national scale. The first incident came last Tuesday when President Donald Trump wrote a tweet regarding Chicago’s uncontrollable violence. What seemed almost threatening to the nation’s third largest city failed to gain as much attention as I thought it was have received from Chicagoans.

END_OF_DOCUMENT_TOKEN_TO_BE_REPLACED

Over the last few years, the NFL’s Pro Bowl has been heavily criticized for not living up to the expectations of what an “all-star game” should look like. However, last night proved how relevant the game still is despite what the critics say.

Miss Universe, the annual international pageant, aired last night, and it overlapped with the Pro Bowl. Before diving into any numbers regarding TV ratings and viewership, I would have guessed that the Miss Universe pageant would garner more interest than the Pro Bowl given all the attention it received last year after Steve Harvey’s botched announcement of the winner.

END_OF_DOCUMENT_TOKEN_TO_BE_REPLACED

I am a senior at the University of Notre Dame participating in the Data Journalism course for the 2017 spring semester.
Follow Manny De Jesus Data Journalism on WordPress.com
Loading Comments...